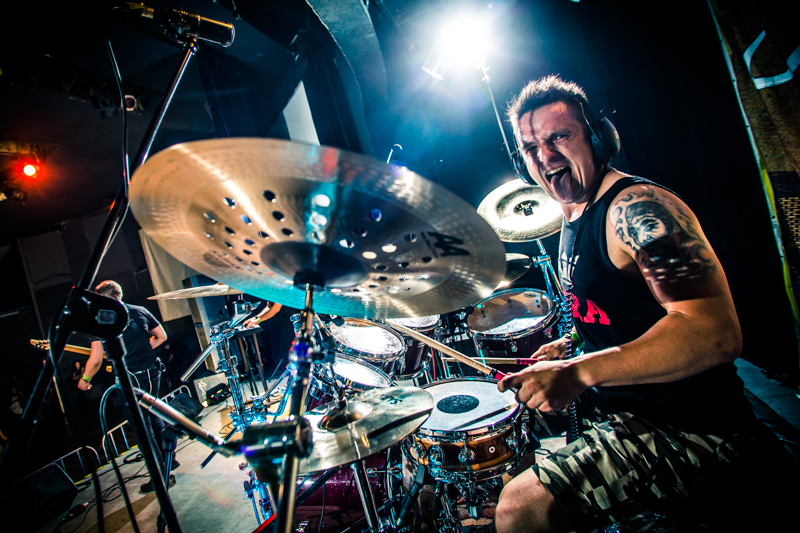 Paweł „Mr Sticky” Larysz started playing drums when he was 6, just playing on everything around. As he says, his musicality was the most influenced by constant presence of great music at home, which his father, a professional musician, brought home from around the world. Among the many recordings it was: Stevie Wonder, Tower Of Power, Michael Jackson, Tina Turner, Queen, Eric Clapton, Earth, Wind & Fire.

He is a versatile drummer who does not focus on one style of music. He loves to play and constantly needs to take new challenges. He constantly develops his skills, because he believes that a person learns whole life. He participated in many drums workshops, among others Thomas Lang Drumming Bootcamp, Agnieszka Trzeszczak Drum Camp, Music Sheepfold, Integration & Groove, Poluzone II, Clause Hessler. Today, he conducts workshops himself and gives drums lessons.

He cooperates with three bands: ANIMATIONS, AND WAS BORN TWICE and TANGO LUZ. The first two are core metal and deathcore, and the last is an entertainment band, which gives concerts all over Poland.

He loves journalism and fullfiles that passion as professionally as playing drums. He cooperates with: Top Drummer and Lizard Magazine, and currently runs his blog www.mrsticky.pl and cooperates with Magazyn Perkusista.

He is endorser of: GK MUSIC, DW DRUMS, GEWA, AQUARIAN, SABIAN and ROLAND.

New! Shaker made of aluminum